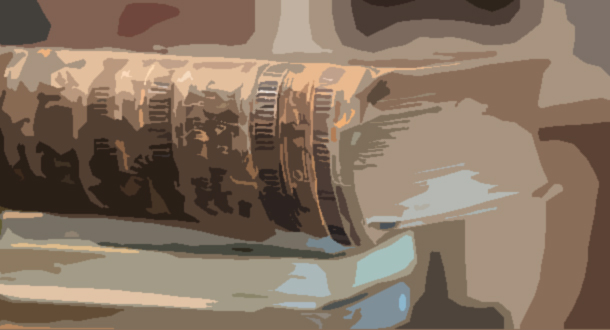 A long, long time ago (looking on Amazon I see it came out in 2003 and holy shit that was fifteen years ago) I read a book called The Contortionist’s Handbook. It was a noir-as-fuck debut novel by a dude named Craig Clevenger, about an uber-talented forger who constantly reinvented himself to avoid the authorities.

It was one of those formative books for me—I read it and I was like yes, this, this is what I want to do, I want to do things like this. So I tracked down Clevenger’s e-mail and I sent him a message, asking him if he had any advice.

He came back with a bullet list of ten points, and it’s some of the best advice I’ve ever gotten. I was very, very lucky to get it at the beginning of this journey, and reading it now reinforces how much of it informed my writing DNA.

That list is still, to this day, taped to the wall over my computer.

I’ve been thinking about the first point lately, a lot. Enough I think it’s worth breaking into its own post.

This is important for a lot of reasons.

Chiefly, because you can suffocate if you don’t poke your head outside the bubble every now and again. Every genre—every book—can offer you something you didn’t know. Even if it’s an example of what not to do.

It’s why I don’t tend to re-read books a lot these days. First, there are too many good books in this world I haven’t gotten to yet, and second, as much as you can rediscover things or see a story from a new angle, I’m more interested in experiences that are completely new to me. I’m more interested in what I don’t know.

I say again, every genre—every book—can offer you something you didn’t know. Which seems obvious. Except, sometimes, I feel like it’s not. I have a low-key level of discomfort for one of the regular questions in the New York Times’ By the Book feature: Which genres are you drawn to and which do you avoid?

‘Avoid’ is a strong word. I get it: maybe erotica isn’t your thing and you don’t seek it out and that’s fine—but you shouldn’t stick your pinky in the air and proclaim yourself better than it, either.

Seriously, few things set me off like sticking your pinky in the air. I recently read an interview with an author who slagged mainstream writers as less intelligent and less interested in their craft. Not like him, because he is a genius and an artisté.

An artisté who, I’m sure, would not turn down that mainstream success if it were offered to him.

To be clear, I used to fall into this trap, to a degree, when I was newer at this, when I was more prone to blame my shortcomings and failures on other people, rather than look inward. I used to say some horrendous shit about E.L. James. But you know what? Fifty Shades of Grey sold 125 million copies. James understands something about the world that I don’t.

And here’s where we get into dicey territory, because I’ve said this to people and they look at me agog and they think I’m an idiot for defending the quality of Fifty Shades of Grey. I am not defending the quality. I’m simply saying that when you break it down by the numbers, her writing has appealed to more people than mine has. And honestly, as I get older I find it more and more exhausting to be an arbiter of good taste.

I recently read an interview with Ethan Hawke in Film Stage in which he raises a good point, and I think it applies here:

There’s a Cassavetes quote I love, “There’s no such thing as high art and low art, there’s good movies and bad movies.” The definition is: did the people who made it put their best love and ideas, did they work hard to complete what that thing is trying to be?

Did James put her all into Fifty Shades of Grey? Probably, yeah. Is the book for me? I tried to read it and couldn’t finish it, so no, it is not. But it’s for 125 million other people. And crossing my arms and throwing a tantrum about that is not going to sell one single more copy of my own books.

Put differently, it’s like in Mindhunter, where criminal profiler Holden Ford is trying to explain to a room full of cops that it’s worth studying and understanding Charles Manson, in the pursuit of understanding criminal psychopaths, and the cops are all like “fuck Charles Manson we don’t need to understand him he’s pure evil” and Ford is like “well yes I’m not saying he’s a cool dude I’m just saying why is he pure evil and can that help us catch other people who are pure evil?” and the cops are all like “rabble rabble rabble you’re a dummy mister smarty pants.”

(Those are not direct quotes and I’m not comparing E.L. James to Charles Manson, but do you see my overly-belabored point?)

Anyway. We’re close to going off the rails here, but the point I’m trying to make is that the second you decide you’re better than a book or a genre or another author—well, you do you, but I’m sorry to hear it.

This bit of advice feels a little less nuts-and-bolts that some of the other stuff I’ve talked about, but it’s so important it’s the advice I give to younger writers who are just starting out: Read everything, read constantly.

Even within your own genre, it’s important to be well-rounded. Sometimes you have to recognize your blind spots and fill them in. I realized recently I had not read enough crime fiction by black writers, so I’ve been working to fix that.

And I’ll stress this point: Fellow dudes, read women. Speaking of the By the Book feature, it’s not a great look when a white male author lists only white male authors in their reading queue (there have been a few notable examples of this recently).

And I don’t mean “people will be upset with you” which they most certainly will be, I mean “you should be a little disappointed in yourself.”

And if all the stuff you read is set through the eyes of people of similar backgrounds and upbringings and in the same genre—I mean, that’s okay, you’re not breaking the law or anything, but you’re missing out on a whole hell of a lot.

So there you go. As with all advice, take what works for you, leave what doesn’t. Though if you feel inclined to share this on social media (HINT HINT) I would encourage you to do so with the link to a book you love that does NOT fit the genre you write. I’ll start with one here: The Collected Stories of Amy Hempel. I have bought this book a dozen times because I have given it as a gift to so many people.

For even more book recommendations—as well as the occasional update about what I’m doing—sign up for my newsletter!