A few months ago I wrote about a trick I use to write my novel outlines. You can read more about that here, but in short:

I write the outline three times, over the course of a few days.

The first two outlines, I throw away as soon as they’re done. The third is the one I stick with. This works for a couple of reasons: I forget all the bad stuff and remember all the good stuff. And I have time to reflect on the stuff I’m not sure about.

I’ve done it for three books so far and it’s working pretty well.

But that’s not the only trick I use for outlining.

After my first draft is done, I stick in a drawer for a bit. Well, not in a drawer, I leave it in its Dropbox folder. You get what I mean.

And it sits there. I keep an active Google doc going to jot down notes when they come to me, but for the most part, I leave it alone.

Before I dive into the first re-write, though, I break out my index cards. I make a new index card for each chapter. On the front of the index card I put the characters in the chapter, the setting, the action, and other notable notes.

Like, is this the chapter where the protagonist is contemplating his future? A relationship? Something else worth pointing out?

Once I’m done with all the index cards, I carry them with me for a few days. I consider the big picture stuff. Where and how everything fits. Maybe there’s too much action grouped together. Maybe there’s a dead zone that needs to be filled with something exciting. Maybe some of the structure is off.

I jot new notes on the back of the index cards. Stuff I should think about when I get into the revising phase.

Writing and editing a novel is a lot to keep in your head. It’s kind of incredible how many times I think I need to add something to a story, and find out it’s already there. Or something I want to take out that already got excised.
The index cards are a good way to stay centered, because the second edit is pretty damn important. That’s when all the big pieces have to be shifted and moved around.

At least, for me, that’s how it works. 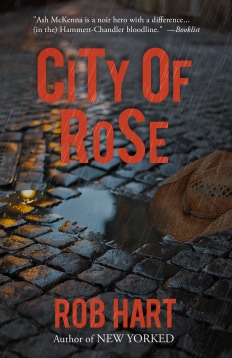 And hopefully after that I’m done.

This is one of the things I’ve learned about my process: I need outlining, and I need it in steps. Maybe you don’t and that’s okay! But stuff like this is why it took five years to write New Yorked and only six months to write City of Rose.