Skip to content
HomeSomeone asked me to blurb a book! 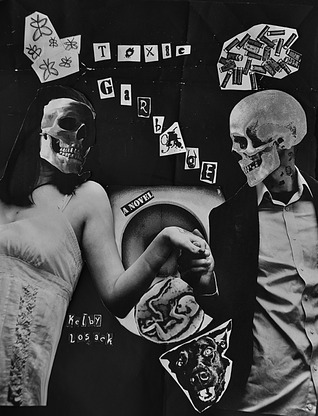 So, this is cool: A few months back some dude asked me to blurb his book. I didn’t know him, but the plot summary was pretty cool, and I was in a good mood when I got the e-mail, so I figured, hell, let’s try this thing.

And I really liked it! Which would have been awkward if I didn’t, no? If the book sucked then I don’t know what I would have done. Written back with a blurb that read: “This is in fact a book.”

Instead, this is the blurb I came up with:

Toxic Garbage is like that perfect punk song: Dirty, propulsive, immediate, infused with anarchist spirt. And it’s carried by a rag-tag central cast that, despite their flaws and scars, clearly care for each other. The balance Losack strikes between light and dark is killer.

And he put it on the cover! Which is awesome. (It’s not on this version of the cover, but it is on the version over at Amazon, where you can buy it.)

Go read Toxic Garbage. If this is Kelby Losack’s debut, I’m excited to see what he has coming up next.